Are More Millennials Getting Prenups? 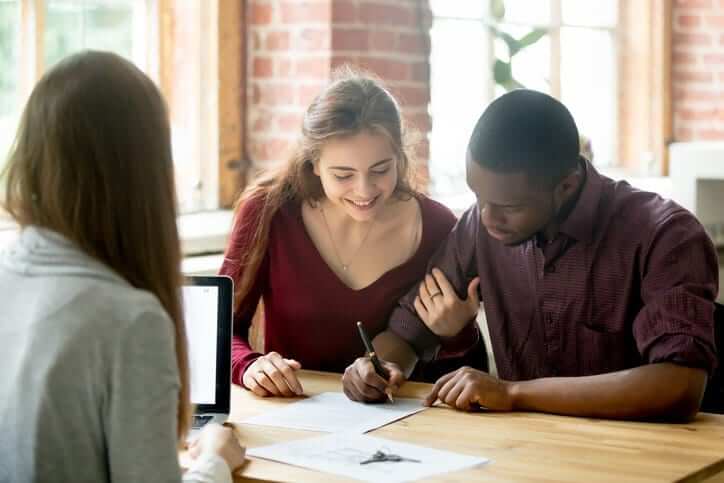 Millennials are famous for starting and ending popular trends. The generation that brought you the selfie has a new focus on their horizon. It turns out; the prenuptial agreement is something that they’ve deemed necessary in their lives. The American Academy of Matrimonial Lawyers discovered that 51% of lawyers recently noticed a significant increase in millennials getting prenups. Why the sudden jump in this premarital contract? Millennials are approaching the prenup from a very different perspective than previous generations. They’ve offered some sound reasons why they believe prenuptial agreements are essential. In addition, the traditional concepts of marriage have shifted with millennials. To help you understand this new phenomenon, here are ten reasons why millennials getting prenups is a move in the right direction.

There’s been a steady and significant trend in marrying later on in life. Millennials have proven that they’re in no rush to get married and start a family. Instead of the traditional path of marrying right out of college at 23 years old, this generation is more likely to wait until their mid-30’s to settle down. They’re able to see marriage from a realistic and mature perspective, which helps them to see the prenup in a more reasonable light.

Since they’re marrying later on in life, they’ve had the opportunity to earn more money and collect more assets at this point. Unlike their parents’ generation, they’re entering marriage with more to protect. This is one of the main reasons millennials getting prenups has become such a popular trend.

The days of women being called ‘spinsters’ at 30 years old is over. Society should retire the word altogether. The fact is, there are more women in the workplace than ever before. The traditional idea of the male making more money and demanding a prenup is dying. Statistics are showing more millennial women requesting prenuptial agreements.

Millennial couples are more interested in sharing responsibilities. In the past, men have taken more control over their finances while women watch over household budgets. Men have traditionally set the terms and conditions on joint bank accounts, insurance, or credit cards in prenuptial agreements. Millennials getting prenups are more likely to want to share ownership and responsibilities when it comes to their finances.

When asked why they deem a prenup necessary, millennials will often say that they see themselves as a team. As a team, they set their expectations for marriage and divorce together. They want to set these terms now while they’re on the same page instead of years from now when conflict could cloud their judgment.

In addition to millennials getting prenups as a team, they also see it as a business deal. The emotional aspects of it aren’t as prevalent as they have been in the past. Prenups are no longer seen as a pessimistic approach to marriage. Prenups are simply business agreements that both parties form together.

Millennials getting prenups are protecting their independence in case disaster strikes later on in life. They understand that they can set terms to protect their property, finances, and assets. Passing up this level of protection is seen as juvenile or naive by this generation.

One thing the Internet has offered to millennials is the ability to do their research. They’re well aware of the fact that divorce rates have steadily hovered around 50% for decades. They’re much more realistic about marriage and divorce than previous generations.

A lot of millennials also see that a prenuptial agreement could save their marriage. Since you’re able to set conditions on divorce, like mediation, trial separations, or marriage counseling, more millennials are choosing to place these terms in a prenup. For instance, they might make it mandatory that they attend three weeks of marriage counseling before reaching an agreement on divorce.

Last but certainly not least, millennials getting prenups can experience peace of mind. They can sign this premarital contract and, hopefully, never have to look at it again. People can say what they want about millennials and their trends, but this trend with prenups is indisputably smart. They’re approaching marriage realistically and maturely. They know that protecting themselves and their assets is important. If you plan on getting married in the near future, you may want to consider a prenuptial agreement. These millennials have pointed out some incredible reasons why this contract can offer security and peace of mind. Contact an experienced Boca Raton Pre-Nuptial attorney today to learn more about how you can create a prenuptial agreement for you and your future spouse.