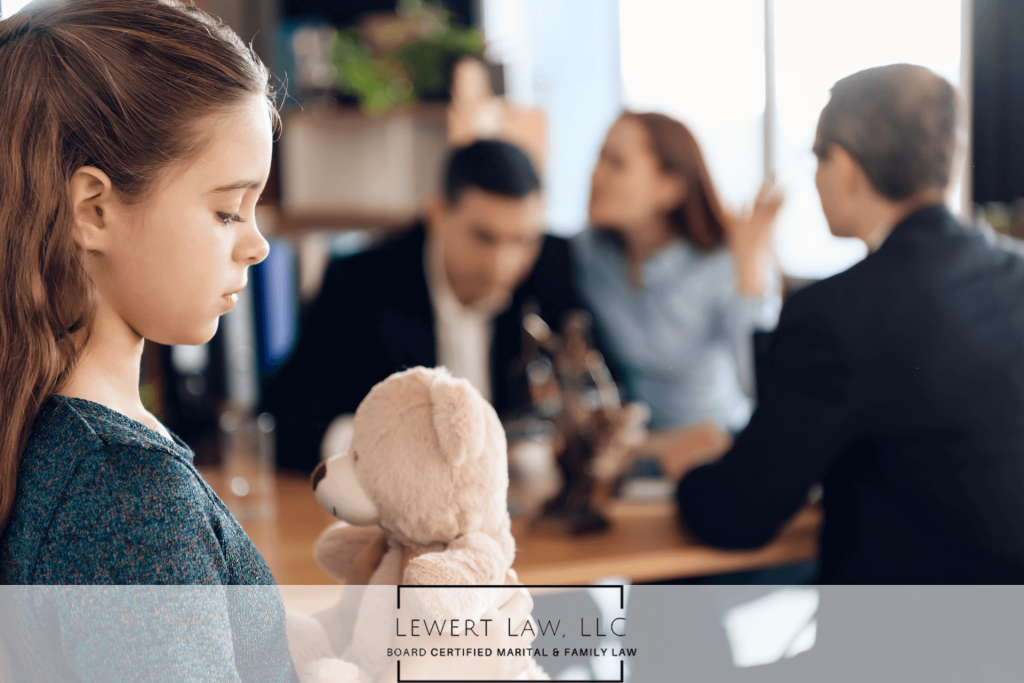 When couples have decided to part ways through a divorce, separation or break-up and there are children involved, emotions tend to be overpowering and uncontrollable. The state of Florida does not use the term custody but instead, it is referred to as time-sharing, although the two terms are similar in meaning. Many of these cases are contested and end up not being settled until done so by a judge because both parents want custody of the youngster. The judge will rule by what they feel is in the best interest of the child. The parent has the children the majority of the time and is called the majority parent.

Florida courts tend to favor the parent that is willing to cooperate when it comes to building a relationship with the non residential parent and the children as opposed to one that tries to sabotage that bond. Many people believe that the parent that is better capable of providing will be favored but this is not true. However, both parents must be able to provide to some extent.

The courts do look at the child and how they are thriving. They attempt to establish a pattern to see what works best for the child. They also look at how the child does in school and the community and how interested and involved each parent has been in that role. When it comes to what the child wants, the courts will turn a deaf ear unless the child has a full understanding of what having a preference means in its entirety.

The courts consider so many things before they grant custody to a parent. This is a huge deal, especially when one spouse is prepared because they got acquainted with Florida child custody laws and hired legal representation. You are the parent who walks into that courtroom armed with everything humanly possible to fight for your children. Leave no stone unturned, hire the best Boca Raton lawyer for the job.

What is Shared Custody?

Florida law recommends that both the parents have a role to play in the bringing of the child and that the child has frequent contact with both parents. Parents are encouraged to share physical as well as other responsibilities of bringing up the youngster and must take equal responsibility for the care of the child.

Such a parenting arrangement is called a shared custody arrangement. This is also sometimes referred to as a joint custody arrangement. It is an arrangement in which both of the parents will have an equal responsibility in the upbringing of the child, and will have equal legal rights to make decisions about the child. Legal responsibility refers to the parents’ rights to take decisions related to the child’s medical care, education, special needs, or other requirements of the youngster. The parents must mutually decide about the religion that the child will follow, the school that he will attend, the kind of extracurricular activities that he will participate in, his medical and healthcare needs and other important aspects of his life. If there are disagreements, parents have the option of getting the courts involved, however, this is usually only used in extreme circumstances. The court prefers that the parents work these issues out without the court’s interference.

Shared custody is recommended by all courts in Florida, except in those cases where it is clearly proven, that a sole custody arrangement is in the best interests of the child. If you want sole custody of your child, you must conclusively prove that a shared custody arrangement, in which the youngster has frequent contact with your ex-spouse, is actually detrimental to his interests. Talk to Boca Raton divorce lawyer to learn how you can establish this.

Remember, this is not easily proven. You must provide evidence in the form of medical experts, psychological experts, and testimony from friends, family members, and other witnesses, to clearly establish that unsupervised contact between your youngster and your ex-spouse is detrimental to the child’s best interests. Discuss your case with a Boca Raton divorce lawyer.

What is Sole Custody?

It is quite common, in a divorce, for one parent to want sole custody. Some do it because they feel the need to claim the victory as the better parent, but sometimes there are legitimate reasons for trying to get sole custody. Judges hear stories on a daily basis as to why one parent thinks they deserve sole custody of the children so unless you have a really good reason and proof to back it up, it might be pretty difficult to succeed.

Solid reasons that the courts will grant sole custody to one parent would be if the other parent:

These allegations are not always easy to prove so you need two things, evidence, and a good Boca Raton child custody lawyer. Your word against the other parent’s is not enough to gain sole custody of your child. You will need to provide solid evidence to the court that the other parent has harmed the child or is a danger to the child in order to get sole custody.

If substance abuse is the issue, ask the courts to drug test the other parent. Back up all claims with medical reports, police reports, photographs, threatening texts, emails, and voicemails. An experienced Boca Raton child custody lawyer can go through the details. If the other parent poses a risk to the child, your lawyer may ask the courts for supervised visitation, but rarely will the courts deny all visitations for one parent, even when sole custody has been established.