Fighting Back Against Domestic Assault 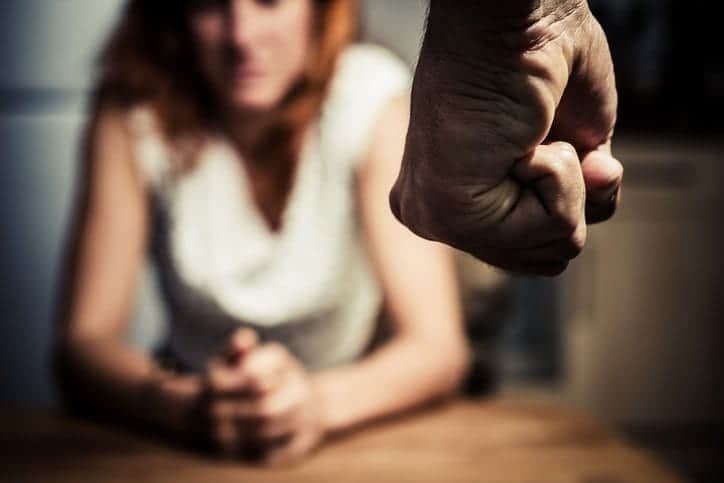 Your home should be your safe place. The place that you go to for comfort and relaxation. For many, their home is not secure and can be a terrifying place. This situation is often because of domestic assault. A house doesn’t feel like a home if someone is making you worried that you could be harmed, yelled at, belittled, or made to feel as though you’re trapped. Understanding what domestic assault is, and what happens if you live in a home with domestic violence can be a good starting point for making the decision to get protected.

What Is Domestic Assault?

Domestic assault is an act of violence or the threat of violence against someone that’s family or lives in the same household. Often, spousal abuse is the most commonly thought of domestic assault, but this aggression can be done against other individuals. This action can be against a family member that is related by blood or marriage, roommates, and even people that are or were dating. Florida law covers domestic aggression as assault, battery, sexual assault, stalking, and kidnapping.

What Are Some Various Examples?

There are quite a few examples that fall under domestic aggressive. Any type of violent behavior can be a domestic assault. Slapping, biting, shoving, hitting, and punching are all examples of physical abuse. Making the victim believe that there’s a threat of harm is another form of assault. Feigning a punch or going forward like the person would slap you are both assaults. The threat of violence is there.

Sexual abuse is another form of domestic assault. Coercion and coercion attempts for sex or sexual contact are assault. No means no whether you’re in a consensual relationship or not. This idea can be hard for some to comprehend. Consent is always required whether it’s on the first date or after being married for years.

Is It Just Physical?

No, domestic assault is not just physical. In fact, legally assault is just the threat of harm. There can also often be an emotional and economic component to it. Abusers in these situations are usually working on the psychological well-being of the person they abuse. They may try to tear down the self-worth and self-esteem of the person they are abusing as this can help to keep the abused person in the abusive relationship. The abuser can also work to make the person financial reliant on them. The victim doesn’t have money to move out or get away from the abuser, so the abuser keeps them pretty much trapped in the relationship through this methodology.

How Can One Fight Back Against Domestic Assault?

The best way to fight back against domestic assault is to speak up. Keep track of the abuse. Document everything and anything. Keep any threatening notes, emails, texts, and other information that can help you to prove your case. Report the abuse to the authorities. Do what you can to get out of the abusive situation. Get legal assistance to help you protect yourself. Lawyers experienced in domestic assault cases can often help you with resources, such as finding a shelter or getting assistance to get out of the situation. These are the best things that you can do for yourself if you find yourself caught up in an abusive relationship because it’s all about being proactive.

What Are Some Sentences of Domestically Assaulting Someone?

Florida allows for domestic violence to be addressed by the family court, but depending on the case, can also result in the criminal courts becoming involved. Many states are starting to take this crime seriously, Florida included.

In Florida, domestic violence laws include at the minimum a punishment of five days in jail, but the courts can also sentence the offender to prison time. It may also result in probation or community service. Furthermore, offenders can see additional charges for other crimes, such as assault and battery. Sentences for this can be 60 days to a year in prison for misdemeanor crimes, and up to 15 years for felonies.

How Can Victims Find Reassurance and Stability to Move Forward?

The good news is that legal professionals are willing and able to assist victims in moving forward in their lives and leaving behind the situation. You may feel that you have no proof and that it’s your word against your abuser, but talking to a legal professional can help you in determining what the next step should be. You should also look into joining any local support groups in your area. They can get you in touch with services that can also help you in feeling comfortable and confident in yourself to take that next step forward.

If you or a loved one is living in a situation where domestic assault occurs, contact Lewert Law to discuss your case. It can be hard to take the steps you need to protect yourself, but with the right support system, you’ll make it through.

PrevPreviousGray Divorce: A Growing Trend
NextUncontested Divorce: What Is It?Next