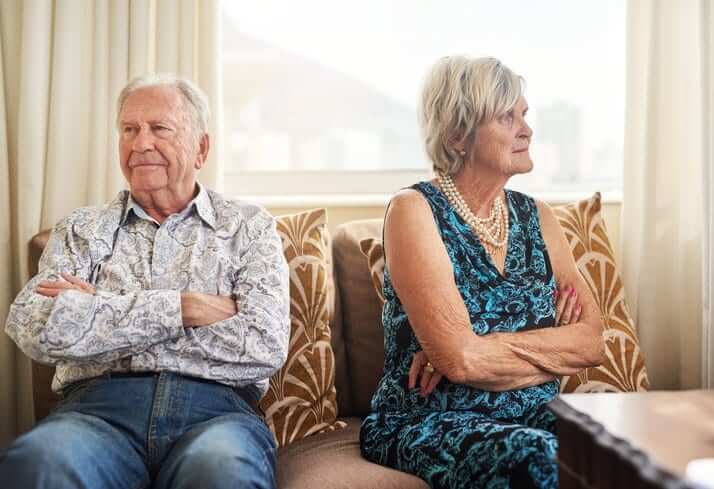 The first few years of any marriage can be quite difficult. However, so can the last few years of a marriage. In the US, divorce is becoming common among the baby boomer generation. Even after decades of marriage, some couples from this generation resort to divorce. It’s become so common that people now refer to a late-in-life divorce as a gray divorce. Find out why this type of divorce is the current trend.

Over the past decade, the divorce rate in the US has dropped. However, gray divorce did not follow that trend. More and more individuals from the baby boomer generation seek out divorces. In 2009, 25% of the individuals to get a divorce was over the age of 49.

The Reasons for Late-in-Life Divorce

There is no simple explanation for the common occurrence of this type of divorce. Rather, there are several possible explanations.

When children are young and demanding, many parents yearn for an empty nest. However, an empty nest could be what it takes to ruin your marriage. While there are children around, a couple dedicates their life to those children. Every decision revolves around them, and there is little room for you to focus on your marriage. Time alone is a rare occurrence. Often, couples discuss their children during that time alone.

When your children move out, you have time to focus on your relationship. However, it might be too late. You might find out that you and your partner no longer have any common ground. In an empty nest, the silence can be deafening. You might opt for a divorce.

2. The Impact of Aging

Unfortunately, age isn’t just a number. As you get older, you might find that your marriage suffers. Sometimes, this is a result of poor health. If you or your partner have any health issues, then you might lose your sex drive. One partner could be unhappy with the lack of romance in the marriage. Without seeking treatment for those medical issues, the lack of romance could become a large enough problem to cause a divorce.

Even a lack of self-confidence can hurt your relationship. If you don’t like the way you look, then you might obsess about it. Constant complaining could cause your partner to feel uncomfortable. Additionally, it could make him feel older. It could also make it less likely to preserve the romance in your relationship.

In some cases, aging causes one partner to look for a younger one. For example, a man might believe that he would feel younger if he was with a younger woman. To test out his theory, he might cheat on his wife. If he is faithful, then he might opt for a divorce before finding a younger partner. In either case, the result is the end of your marriage and the need for a lawyer.

Generally, the baby boomer generation did well for themselves. Most baby boomers had lucrative careers. Therefore, money was never an issue to stress their relationships. For many couples, that changed as they aged. There are two main reasons for this.

First, many children stayed home or moved back home at an older age. Instead of moving out and staying out at 18, children are staying with their parents into their 30s. As a result, the parents have a greater financial strain. Many baby boomers struggle to support themselves and their children. Paying their bills and their children’s bills is not easy, especially during retirement.

Then, there’s the issue of retirement. A high cost of living makes it difficult for people to survive on retirement. Since people are living longer, that retirement money also needs to stretch out longer. For many baby boomers, retirement causes financial troubles. The newfound financial stress can cause trouble in relationships. As a result, some baby boomers might resort to divorce.

While some couples can meet their goals together, they can’t always do so. If goals don’t meet up or one individual is unwilling to help the other accomplish her goals, then a relationship could end. This could be a reason for divorce, even after decades of marriage.