What Rights Do Fathers Have in Child Custody? 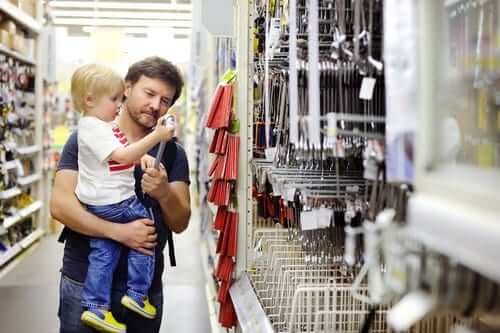 What Rights Do Fathers Have in Child Custody?

It’s no secret that there is a high divorce rate in the US. With that high divorce rate comes more custody battles. That’s why it’s so important to learn the answer to one question: What rights do fathers have in child custody?

What Types of Rights Are There?

These rights aren’t natural, but most fathers need to fight for them in court. And before you learn how that works, it’s important to note that every state has its own laws in regards to custody cases. That said, there are a few universal facts about a father’s rights.

What Rights Do Fathers Have?

Custody law differs depending on whether or not the parents were married at the time the child was born. So to fully understand custody law, you have to look at the two scenarios separately.

An unmarried mother has the primary right to child custody. According to the law, she has the right to custody over her the child. Her rights are superior to those of the father. However, that doesn’t mean a father has no chance of getting custody of his child. If he can prove that the child’s mother is unfit in any way, he can seek custody.

If he can’t demonstrate to a court that the mother is unfit, he can still attempt to get some form of custody. Although a father cannot get primary custody over a “fit” mother, he is eligible for some custody or visitation. If he wants to fight for custody, his name needs to be on his child’s birth certificate. He can take his case to court and ask for partial custody. It may be more or less difficult to obtain these rights, depending on which state will hear the custody case. Some states strongly favor the mother, while others are less biased.

Married fathers have more natural rights than unmarried ones. In courts today, the general rule is that giving child visitation to both parents is best for the child. Unless you have strikes against you, there’s a good chance that a judge will award you with some custody and visitation.

Most divorces decrees give physical custody to only one parent. Although this can be the father, the mother gets physical custody the majority of the time. Some parents opt for joint custody, which happens when the child lives with both parents an equal amount of time. The courts do not usually grant this type of custody; parents usually include it in the divorce settlement. Even less common is split custody, which happens when the mother gets custody of one child, and the father gets custody of another. And like joint custody, courts do not usually award split custody.

And then there’s legal custody. Divorce decrees often give legal custody, or the ability to make decisions that affect the child, to both parents.

What Factors Matter To A Judge?

Sometimes, parents can’t decide who should get custody of the child. When parents can’t agree, the courts step in and they look at what’s in the best interests of a child. At that point, the question is no longer what rights do fathers have, but what is best for the child. They look at the following issues:

They consider things like the mental health of each parent, cultural considerations, the home environment, support from the extended family, and more. If one parent was emotionally abusive or abused alcohol or drugs, they also

In some states, the courts favor the primary caregiver. Psychologists believe that living with the primary caretaker is better for a child’s mental well-being after seeing her parents divorce.

Are You Seeking Child Custody?

Every child custody case is different, so there’s no one answer to the question, “What rights do fathers have?”. The outcome depends so much on the specifics of the situation. But one thing is certain. If you’re seeking child custody, it’s important to know your rights. Equally important is finding help from a child custody lawyer.